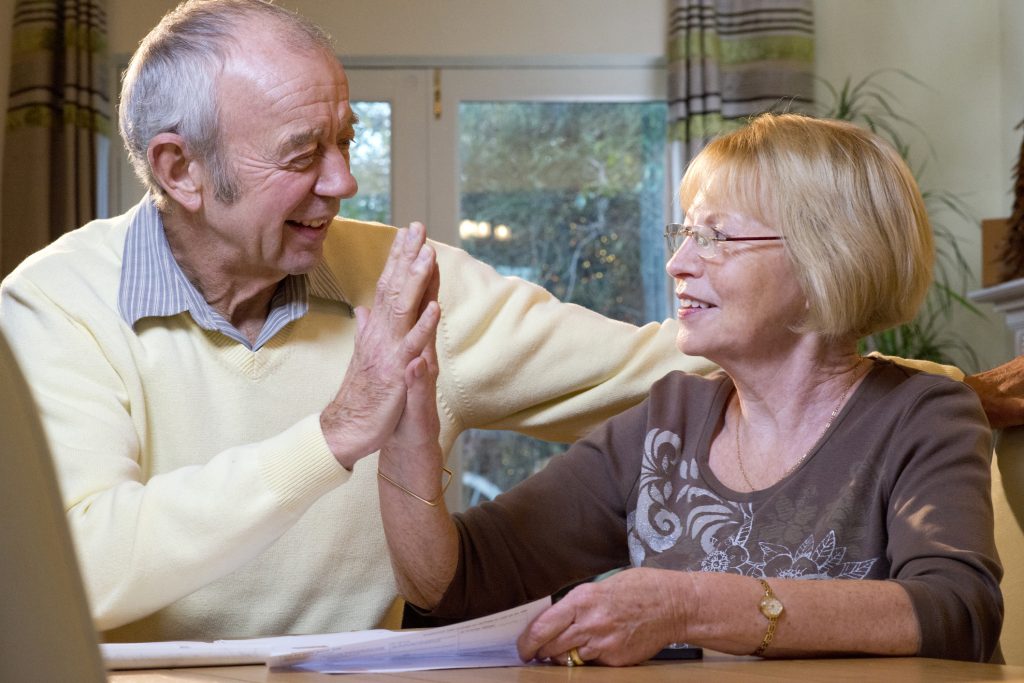 You’ve probably heard the old adage that couples shouldn’t go to bed angry. This advice could apply to other relationships as well, according to a new study from Oregon State University (OSU). The study authors also say older adults are better at heeding this advice than are younger people.

The research team reports that after an unresolved quarrel, the emotional response can be stressful. “Resolving your arguments is quite important for maintaining well-being in daily life,” says OSU College of Public Health and Human Sciences professor Robert Stawski. “Everyone experiences stress in their daily lives. You can’t stop stressful things from happening. But the extent to which you can tie them off, bring them to an end and resolve them is definitely going to pay dividends in terms of your well-being.”

Stress can damage our mental, emotional and physical health. Stress causes the body to release hormones that can over time can raise our risk of diabetes, heart problems, digestive diseases, even dementia. It can lead to anxiety disorders and depression, and damages the immune system.

Research has focused on stressors such as illness, war, violence, racism and an unhealthy workplace—and of course, this year, stress due to a pandemic, political turmoil and economic uncertainty. But what about interpersonal conflict on an individual level? Is that really so stressful?

“Daily stressors, specifically the minor, small inconveniences that we have throughout the day—even those have lasting impacts on mortality and things like inflammation and cognitive function,” explains lead study author Dakota Witzel.

Stawski and Witzel looked at the experiences of more than 2,000 people, who described arguments they’d had and how they dealt with it. The team evaluated arguments that were “resolved” or “not resolved”—and also at “avoided arguments,” defined as “instances where the person could have argued about something but chose to let it slide so as not to have a disagreement.”

They found that people who had an argument but settled it experienced positive emotions and reduce stress in general, both for the rest of the day and through the next day, as well. “When people feel they have resolved an argument, the emotional response associated with that disagreement is significantly reduced and, in some situations, almost entirely erased,” the team reported.

On the other hand, when participants had been in an unresolved argument, or had swept an issue under the rug, they felt more negative emotions for the rest of the day—and on through the next day, as well.

Seniors are Better at This

One interesting finding of the study: The emotional impact of unresolved conflict is about the same for people of every age. A twenty-something and a senior are equally likely to stew about a lingering argument, even during the next day. But older adults are 40% more likely to resolve those conflicts and reduce their stress.

Why would that be? Gerontologists say that as we grow older, we’re more motivated to maximize positive emotions and minimize the negative ones, perhaps due to sense of perspective about what we want to do with the life we have left. The study authors note that seniors “also have more experience navigating arguments, and thus are more effective at defusing or avoiding conflict.”

Some individuals are more susceptible to negative emotions than others. Stawski and Witzel say we can learn to better cope with conflict and the accompanying stress—which for older adults, often comes from feeling a lack of control in life. “But the extent to which you can tie off the stress so it’s not having this gnawing impact at you over the course of the day or a few days will help minimize the potential long-term impact,” they advise.

If you’re feeling stress, anxiety or having trouble coping with conflict, talk to your doctor or a counselor—or, if you’re a younger person, your older relatives might be able to offer some good advice to reduce stress!

Deciding on the right support resources for an older loved one can be a source of conflict in families. The professional Life Care Managers at Holistic Aging have years of experience in helping older adults and families arrive at satisfactory solutions to a wide variety of elder care challenges.Source: IlluminAge reporting on a study from Oregon State University

Julie Densmore
19:52 10 Aug 20
The Best Medical Investment and Care Decision Our Family Has Made I highly recommend Holistic Aging for their Life Care... Manager support of an aging loved one who may be living in the Pittsburgh area. Bobbi and her team of qualified individuals are compassionate and trained in geriatric care management. They have provided unsurpassed medical and general support for my 85 year old mother-in-law (MIL) over the past 2 years while we are living on the West Coast. Their services provide us with peace-of-mind and confidence that our loved one is safe and cared for even when we cannot be present. Their expert care has enabled my MIL to live comfortably alone in her home. They have helped to systematically address and resolve my MILs growing medical issues and ensure that her most pressing challenges are adequately managed. Our life care manager, Kristi - who is a RN - accompanies my MIL to all doctor appointments to ask the right questions during the visit. Kristi maintains a comprehensive picture of my MIL's health conditions and acts as her personal advocate at all doctor visits. We chose Holistic Aging for their fusion of both East and Western treatment modalities that are tailored to the unique individual so along with medical care, my MIL has received acupuncture, nutritional supplements, massage, and myofacial release therapies - all considered to be "alternative" to treatments and normally would not have been offered. However, each of these treatments have majorly improved my MIL's well-being so we welcome the East/West treatment fusion that Holistic Aging provides. We are incredibly grateful and impressed with the service that Holistic Aging provides for our family. I highly recommend them for care of a loved one. Thank you Bobbi and Kristi!read more