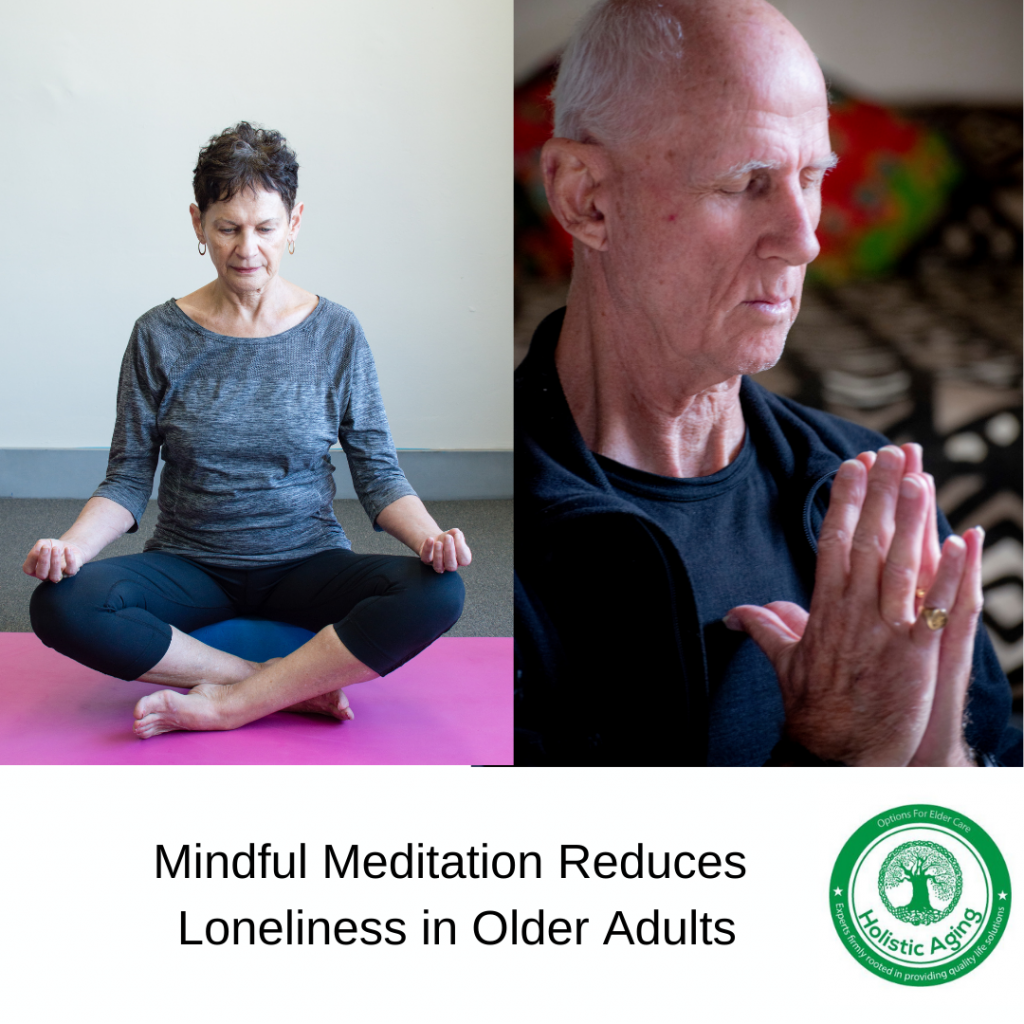 PITTSBURGH—For older adults, loneliness is a major risk factor for health problems — such as cardiovascular disease and Alzheimer’s — and death. Attempts to diminish loneliness with social networking programs like creating community centers to encourage new relationships have not been effective.

However, a new study led by Carnegie Mellon University’s J. David Creswell offers the first evidence that mindful meditation reduces loneliness in older adults. Published in “Brain, Behavior & Immunity,” the researchers also found that mindful meditation — a 2,500-year-old practice dating back to Buddha that focuses on creating an attentive awareness of the present moment — lowered inflammation levels, which is thought to promote the development and progression of many diseases. These findings provide valuable insights into how mindfulness meditation training can be used as a novel approach for reducing loneliness and the risk of disease in older adults.

“We always tell people to quit smoking for health reasons, but rarely do we think about loneliness in the same way,” said Creswell, assistant professor of psychology within CMU’s Dietrich College of Humanities and Social Sciences. “We know that loneliness is a major risk factor for health problems and mortality in older adults. This research suggests that mindful meditation training is a promising intervention for improving the health of older adults.”

For the study, the research team recruited 40 healthy adults aged 55-85 who indicated an interest in learning mindful meditation techniques. Each person was assessed at the beginning and end of the study using an established loneliness scale. Blood samples also were collected.

The participants were randomly assigned to receive either the eight-week Mindfulness-Based Stress Reduction (MBSR) program or no treatment. The MBSR program consisted of weekly two-hour meetings in which participants learned body awareness techniques — noticing sensations and working on breathing — and worked their way toward understanding how to mindfully attend to their emotions and daily life practices. They also were asked to practice mindfulness meditation exercises for 30 minutes each day at home and attended a daylong retreat.

The researchers found that eight weeks of the mindfulness meditation training decreased the participants’ loneliness. Using the blood samples collected, they found that the older adult sample had elevated pro-inflammatory gene expression in their immune cells at the beginning of the study, and that the training reduced this pro-inflammatory gene expression, as well as a measure of C-Reactive Protein (CRP). These findings suggest that mindfulness meditation training may reduce older adults’ inflammatory disease risk.

“Reductions in the expression of inflammation-related genes were particularly significant because inflammation contributes to a wide variety of the health threats including cancer, cardiovascular diseases and neurodegenerative diseases,” said study collaborator Steven Cole, professor of medicine and psychiatry and biobehavioral sciences at the UCLA School of Medicine.

While the health effects of the observed gene expression changes were not directly measured in the study, Cole noted that “these results provide some of the first indications that immune cell gene expression profiles can be modulated by a psychological intervention.”

Creswell added that while this research suggests a promising new approach for treating loneliness and inflammatory disease risk in older adults, more work needs to be done. “If you’re interested in using mindfulness meditation, find an instructor in your city,” he said. “It’s important to train your mind like you train your biceps in the gym.”

For more information, watch this short video of Creswell explaining the research:http://youtu.be/OWpsZvOsZDA.The National Institutes of Health, the Cousins Center for Psychoneuroimmunology at UCLA