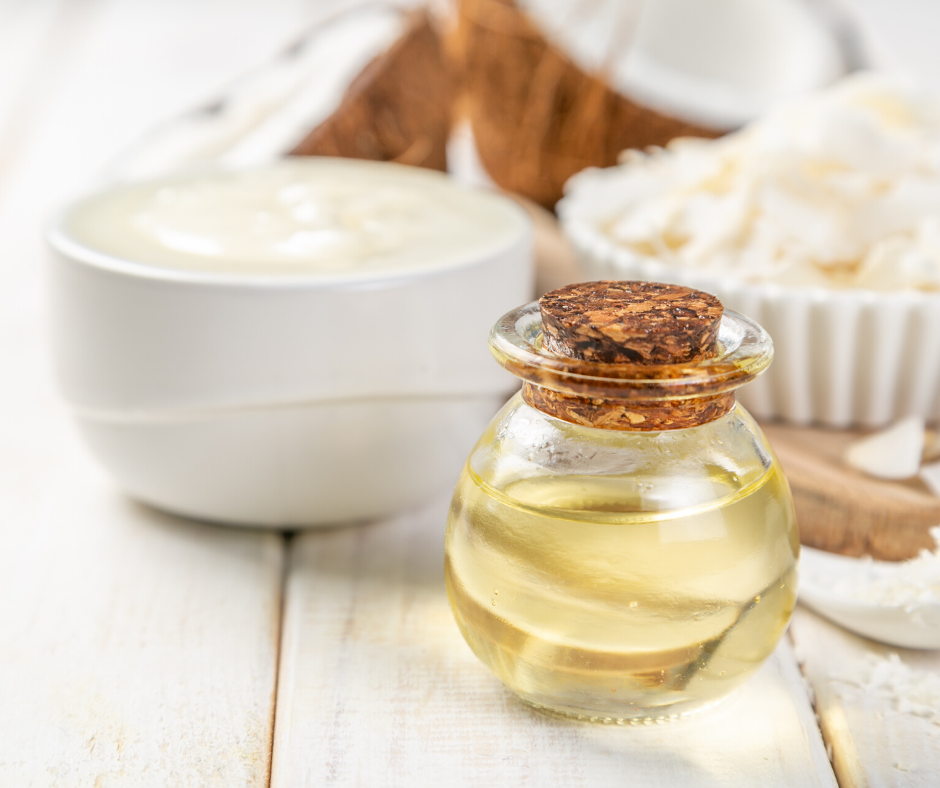 Coconut oil is composed predominantly of medium chain triglycerides (MCT). MCT oil is an easy way to get large concentrations of certain MCT. It usually contains C8, C10 or a combination of the two. The theory behind MCT potentially improving cognition is based on ketone bodies produced by metabolized coconut oil. Neurons in the brain use these ketone bodies for fuel, thus improving cognitive function.

The Results of MCT:

Definitive science and clinical evidence for using coconut oil is related to findings noted on PET scans in people diagnosed with Alzheimer’s disease (AD). The brain of these individuals with AD demonstrated a decreased absorption of glucose (the food for the brain). These same PET scan show that areas of the brain affected by Alzheimer’s readily take up ketones as an alternative brain fuel source. MCT produce ketones, which act as an alternative energy source for the brain and can therefore improve brain function. Whereas ketogenic diets can be useful for dementia and Alzheimer’s patients, it is difficult to get them to adhere to this restricted diet.

Coconut oil, which is is 60% medium chain triglycerides (MCT) can serve as an alternative energy source in the brain. As stated before, they produce a ketogenic effect. Patients with memory impairment showed significant improvement in memory after receiving oral supplementation with MCT. The treatment produced higher ketone levels in the blood (Reger et al., 2004). Higher plasma levels of ketones like β-hydroxybutyrate directly correlate with higher performance in memory scores during this study (Reger et al., 2004). Adding coconut oil or MCT oil to the diet has the advantage of being cost effective, easy to implement, socially acceptable and generally safe from significant side effects. Quality MCT oils contain either 100% caprylic acid (C8), 100% capric acid (C10) or a combination of the two.

The Research on MCT:

Dr. Mary Newport popularized the use of both coconut oil and MCT oil for treating Alzheimer’s disease. As a neonatal physician, she was familiar with the use of MCT oil in newborns. When her husband developed early-onset Alzheimer’s, she fed him MCT oil and coconut oil with some success. She’s now an outspoken advocate for the use of MCT and coconut oil for neurological disorders beyond dementia including Down syndrome, ALS, Parkinson’s and Huntington’s. Here is an interview with Dr. Mary and Steve Newport about Steve’s recovery from Alzheimer’s disease by eating Coconut Oil.

In the following video, you can listen to a panel discussion with five medical doctors regarding the problem of insulin resistance and the damaging effects of a high carbohydrate diet on Alzheimer’s disease, and how coconut oil can be effective in treating Alzheimer’s disease.

Neuro-cognitive diseases have devastating effects and are incurable. There is a the lack of therapeutic alternatives and the relative absence of effective medications and adverse drug effects. These issues give us an urgent need for effective therapies. The five drugs currently used for treatment are supportive or palliative rather than curative or disease-modifying therapies. These drugs do not appear to alter the final outcome of the disease either. MCT offer neuro-protective benefits for a wide range of diseases including dementia, Alzheimer’s, Parkinson’s, stroke, epilepsy, and traumatic brain injury. “While more research certainly needs to be done in this area as well, I see no reason not to incorporate coconut oil in your diet, or the diet of a loved one who is exhibiting symptoms of brain degeneration. Coconut oil has so many profound health benefits; it’s not going to do any harm.”— Dr. Mercola

If you have any questions about incorporating coconut oil or MCT oil for dementia into your loved one’s daily routine, contact us today!